The closest thing I'll ever have to actual minions.... 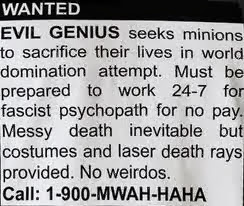 Since my ad in the Lakeland Ledger has yielded poor results, I have taken up the post as the Women's Class instructor.  It's not really the same thing as minions for world domination, but hey, close enough.  I'm not picky.

To be totally honest though, the thought of taking over the class was nauseating at best.  Due to circumstances outside her control our previous instructor, Allie had to step down.  So, I was asked to take over or let the women's class dissolve.  And after a year and a half of training with these ladies, I couldn't bear the thought of ending the class... So, I took over, fairly certain that I was not qualified to teach, and sure the girls would slowly stop coming.

I kept thinking of all the glaring holes in my own game.... Envisioning bring up a team with the same gaping holes I have... all the girls unable to manage take downs, and no one ever successfully sweeping from bottom half guard.  Ever.

And my very first class as solo instructor, my worst fear was faced, and as it turned out, it wasn't so bad.

The worst part of my game is EASILY takedowns.  I know all of two that I walk someone through easily enough but give me a resisting body and I'll likely fall down in the attempt.  And I am not joking about that either, my second competition I was determined to take someone down, so I tried... and fell down. (I did manage to recover and win that match though.  So at least there was that.) 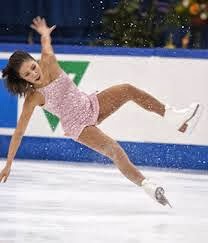 My first class was the last class before a competition, so I asked the girls what they wanted to go over... Takedowns.  Of course.  So, I tried not to throw up in my mouth, and got to walking them through take downs, and then had them work take down drills... and low and behold, knowledge was gained and takedowns happened.

I realized I knew more then I thought, and could impart BJJ how to, to others.  Something that I never really appreciated how difficult would be. Using words to explain how to swivel or switch a hip was harder than I thought.

But six weeks into teaching, I am starting to enjoy it.  One of the ladies recently had a major epiphany one class, and we both felt like this kid.

Not to mention, I think it is making me better as well.  I have to think of every step of every move to make sure I relay the proper information.  Not to mention having to troubleshoot with the girls when they hit a block.  It makes me think and find answers.

However, as good as the class is going, it doesn't undo the fact that I still have major holes in my game.  So, I've asked some of the guys who excel the things I ruin horrifically to come to class and teach those things for me.  This is a double win.  I think it is beneficial to the girls to have a different instructor with a different point of view from time to time, but it is awesome for me too, because basically I am having tailor made classes that help me where I am weakest.

And thankfully, I have a awesome team that has been very willing to help me when I ask.  So, thanks guys!!

Posted by Jiujitsunista at 12:48 PM