About a year ago we started the women's team at Fabio Novaes BJJ.

It was a little rocky at first, and it took several months to get a group of regular girls coming to train.  Not  counting me and Allie we have eight dedicated girls who love training, and about 4 or 5 others who come intermittently and of course some of the girls who train at Fabio's with us that help out with the women's class too.  It's a really great group of girls and I absolutely love them all. 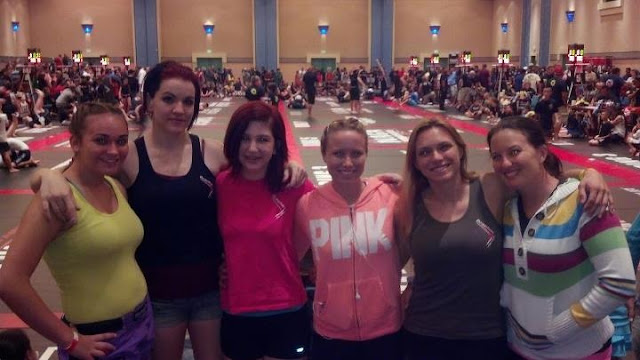 This weekend four of them donned their gis and competed for the first time. .. and kicked ass! 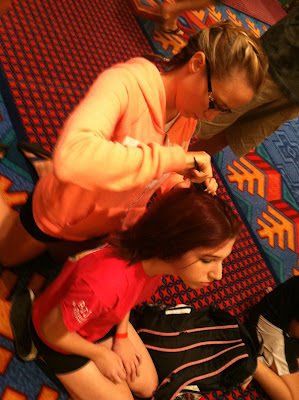 Madison and Rowan both competed in this kids division, and Victoria and Ashley in the adult female division.

Rowan, who has been training with us the longest, at just under a year, was accidentally put into the intermediate division, which is 2-5 years.  In spite of that, she did EXTREMELY well.  And I am super proud of her! 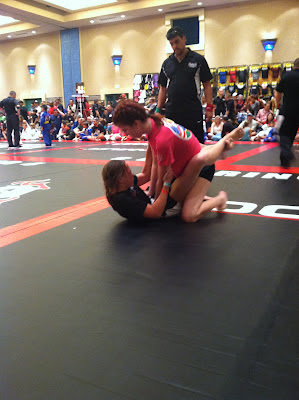 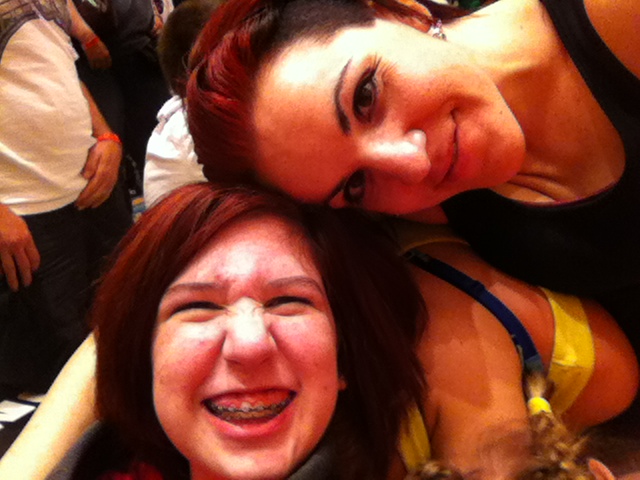 Madison is the only one of the girls who has competed before.  Last time she competed she broke her elbow her first grapple in, and had to take couple of months off.  Anxious to get back at it, she competed again this weekend.

She took second place in no-gi.  She lost her match on points, but grappled very well.  She won first in gi!  She competed again a juvenile purple belt.  I've never heard of that before, but apparently at this school kids work from white to black as kids/teens then at sixteen start at blue belts.  It's weird and seems very McDojo-y to me, but never the less, Madison fought a girl in a purple belt, took her down, and submitted her in under two minutes.  Very cool. 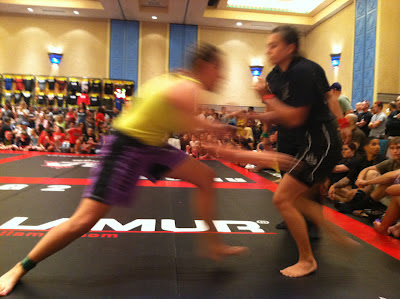 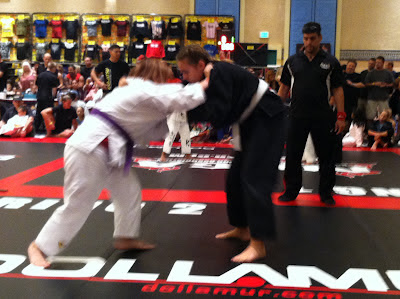 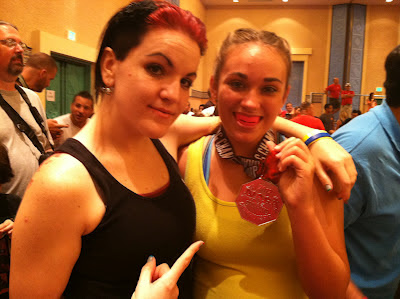 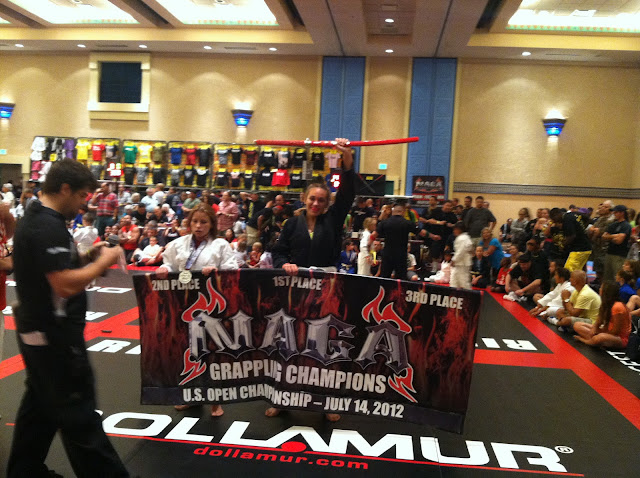 Victoria grappled like a beast!  She did us all proud taking home bronze in no gi!  She had two five man divisions which is HUGE as far as women go.  It makes me really happy to see more and more women competing.  At my first competition three years ago, there were 5 women total.  Huge leaps in women's BJJ in Florida! So awesome! 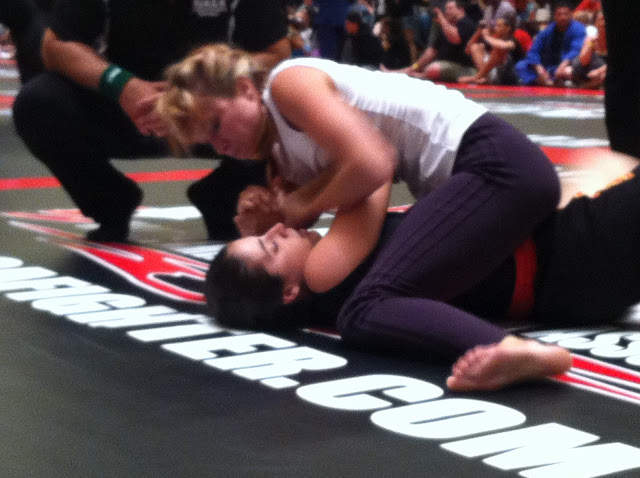 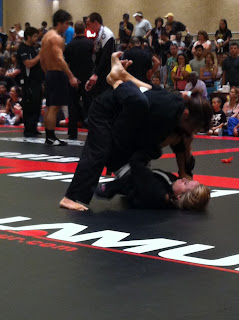 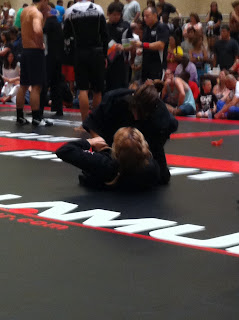 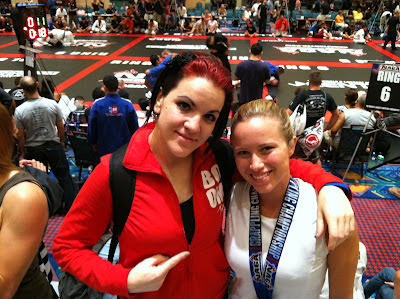 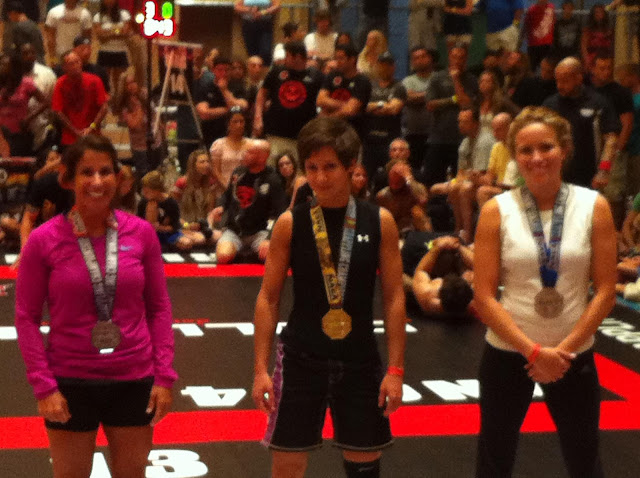 Ashley our newest member grappling for only three months took home silver in gi and no gi!  Woohoo!  She had to fight a girl in no gi with a significant weight advantage, but moved really well considering.  She was up on points when she got caught in an armbar.  Go Ashley! 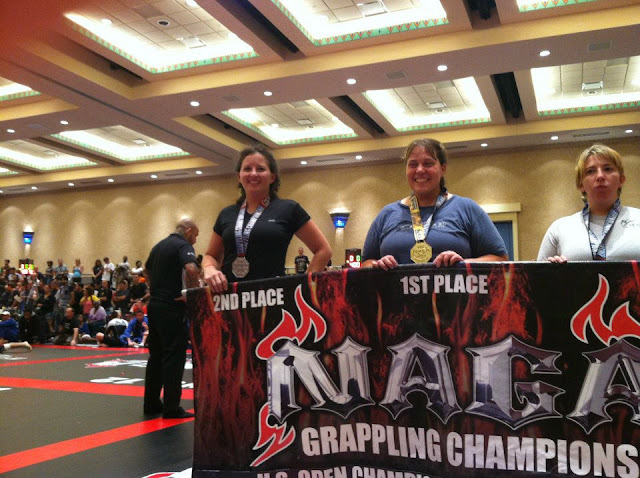 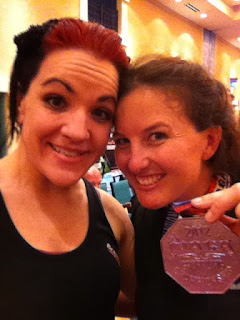 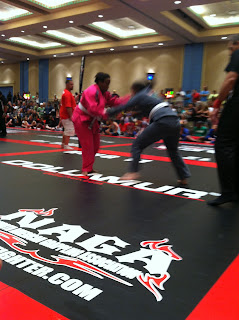 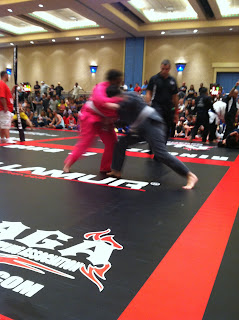 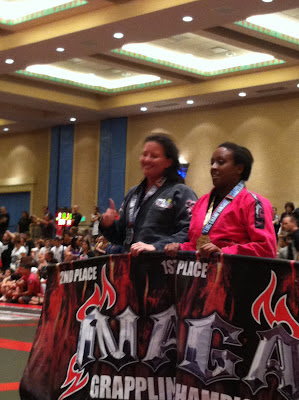 So completely proud of everyone!! 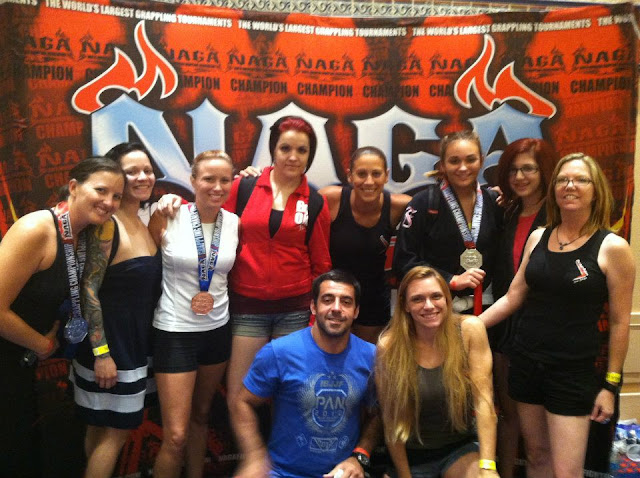 Posted by Jiujitsunista at 1:26 PM 2 comments:

At Dawn We Ride!

Tomorrow morning four ladies from our women's class are going to compete for the first time!!  I am so nervous and excited for them!  I know I am biased, but I think they will all do well.  Most of them have been training for 3-6 months.  So, they are jumping into the competition scene pretty early, but I think it will benefit their grappling, and their confidence.  So proud of them!! 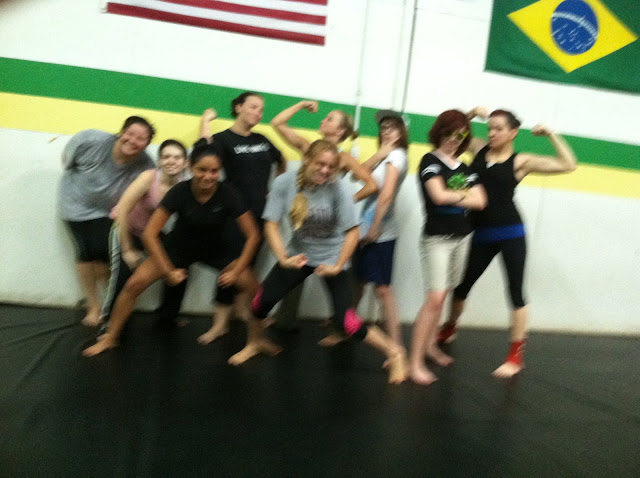 Look out NAGA.  This hot mess is coming after your ladies.
Posted by Jiujitsunista at 9:12 PM 4 comments: