We went up to the mountains for Christmas this year. 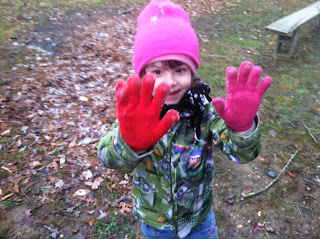 My kids saw snow for the first time!  They were very excited... as you can see here.  The look on her face is priceless. 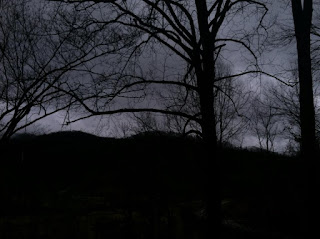 It rained two days we were there.  I am told one of the storms we got was considered a blizzard, even though there was no snow, but I don't claim to know anything about real winter weather.  I was cool though, and pretty.  We were in a really, REALLY rural area and you could hear the wind coming.. snapping branches as it came.  It sounded like a giant was storming through the woods. 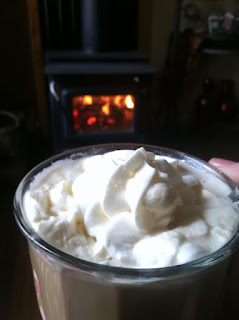 This fire place was the soul source of heat for the entire house.  Which meant we had to chop wood everyday if we didn't want to freeze to death.  (And yes, I was on vacation   I had whipped cream on my coffee.  It's freaking delicious.) 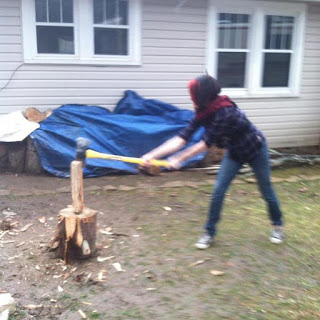 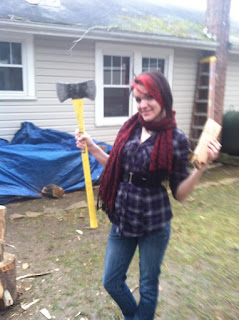 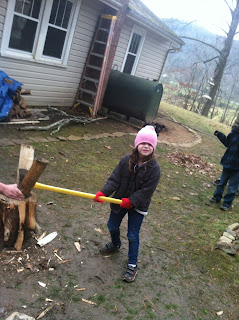 I learned to chop firewood! I am told I stand wrong, but I'd rather stand wrong than lop my foot off.  Fair trade I think.  Plus, the wood still gets chopped in half even if I stand like an idiot.  And Zaile being my little mini me had to give it a try too.  I helped her chop the ax a few times, and then staged this picture for her.  She loved it. 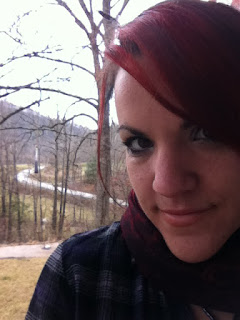 I loved this little winding road that lead up to our cabin.  And mountain driving is a trip.  Its like a roller coaster in which you can fly off the track and die, and a lot of the roads we had to drive down were essentially one lane.  I took a wrong turn once, and ended up having to drive down BACKWARDS, because there was no where for me to make a turn.  Insanity. 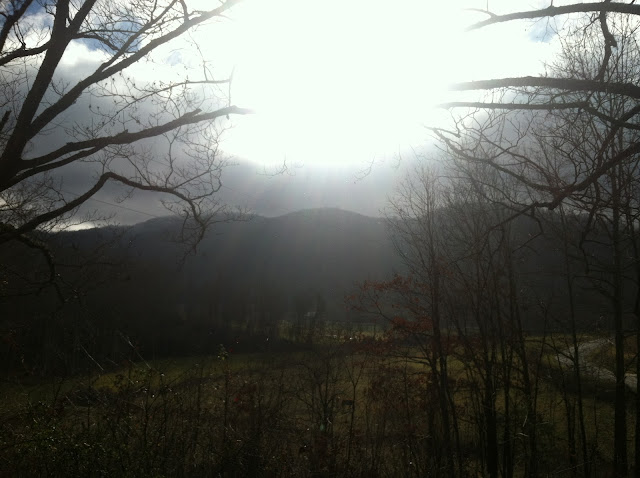 This was the first morning it snowed.  It was also the first day the sun broke through the clouds in three days.  This picture doesn't capture it AT ALL, but it was snowing when I took this, and all the little snow flakes caught the sunlight and it looked like it was raining white glitter.  It was one of the most beautiful things I'd ever seen.  That, and I desperately missed the sunshine.  I could never live somewhere that wasn't generally sunny. 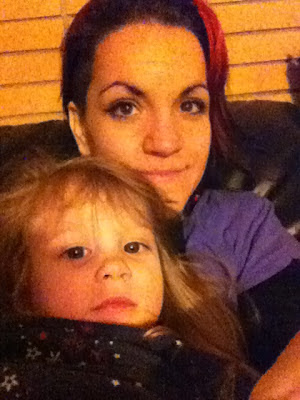 This is my niece.  I got to spend a lot of time with her while we were up there too.  She and my other nieces and nephews are fantastic kids, and I wish we lived closer.  I miss them so much! 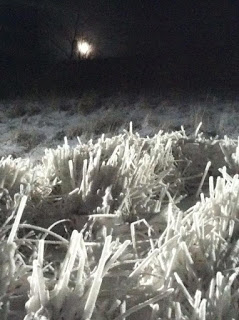 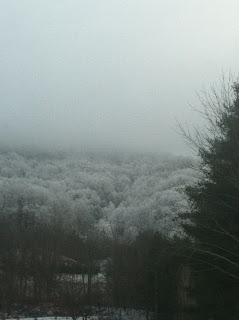 I took these on my snow adventure.  You non Floridians may not as been overly impressed with snow and frozen water as I was... but I never see it.  I'll spare you the 300 other pictures of snow I took. 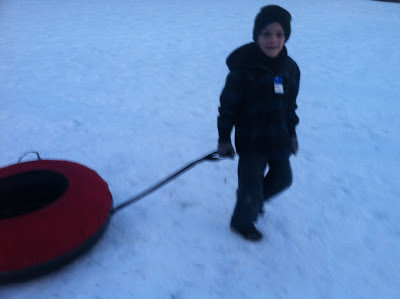 We went snow tubing down the side of a mountain too.  It was a lot of fun, and also terrifying and painful.  I almost always had to go down with a kid in my lap... and we weren't sliding down snow.. we were sliding down ice.  My butt was sad about it. 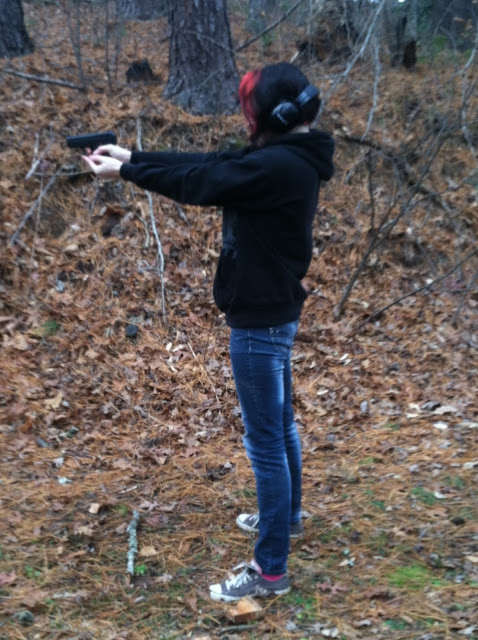 This is what I got for Christmas!  Yay! 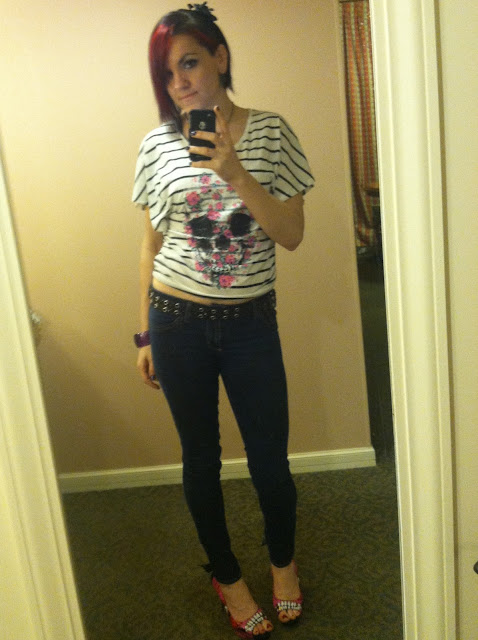 This was me New Year's Eve.  We spent it at Disney World like we do every year. 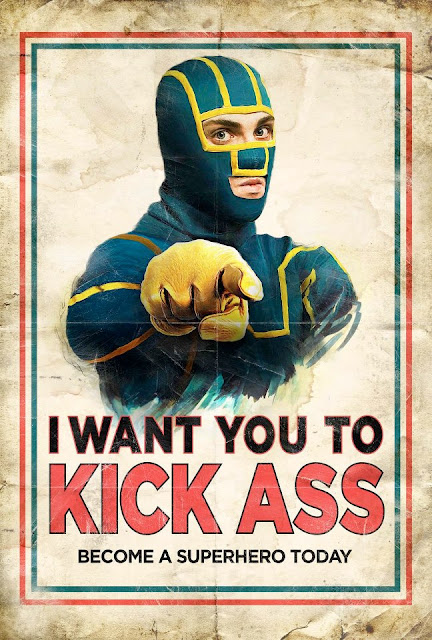 Posted by Jiujitsunista at 4:07 PM