Does BJJ really work for women?

A couple of months ago, I went to class.  Fabio has several classes most days, and I generally only go at night since I home school my kids, but every now and then I go to morning classes or afternoon classes. That day I went to a class I have only gone to a couple of times, and was approached by one of the newer guys, and he said, "I know you teach a women's class, and if you don't mind I want to watch you grapple today.  I have a wife and daughter, and I want them to learn BJJ too, but I don't understand how this will work for a woman.  No offense, but I don't understand how you could overpower a man."  ... or something to that effect.  He was in no way being rude, or condescending, just honest.  And being that he is new, and had never grappled a woman, it's a legitimate concern.  I however went into, oh my gosh, how I grapple today is going to form this man's opinion of ALL OF WOMEN'S BJJ EVERYWHERE FOREVER! panic mode. 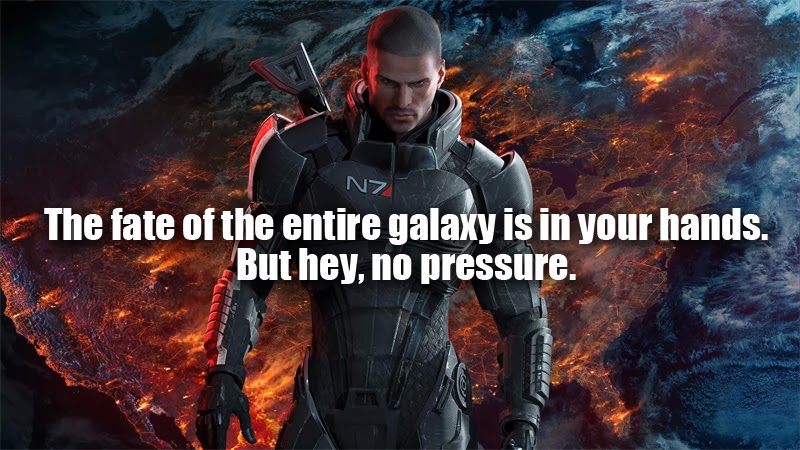 I immediately scanned the room.
No girls.
Mostly white belts.
Big ones.

Big white belt men generally give me the most 'trouble'.  When a guy uses just brute force and no technique I really have to work.  Technique is the only thing that I have to combat brute force.... and when you can mush my guard open with just your arms.  Ugh.

I have said before, that I don't grapple to win, I grapple to grapple.  But that morning, with the fate of all of women's BJJ in my hands, I started every grapple with the intent to prove to the world, or you know, just that one guy, that BJJ works for women too.

And being that I am the instructor of a women's class, I felt extra compelled to prove myself, not just prove that BJJ works for women.

My first grapple was an older teenage boy, and I was so nervous I was starting to question whether or not I could take this kid.  So, I started to psych myself up, more so than when I am competing in the finals for gold.

The resulting grapple was probably a little more unpleasant for that innocent man-boy than it should have been.

I should probably have felt bad that I unleashed on that kid, but I didn't.  I smiled, thanked him for the grapple and walked back to the wall without making eye contact with the guy I knew was watching.  I wanted to look like I wasn't even trying, or that it didn't matter.

But in my head I was jumping up and down, See it works! It works!  Send your wife and daughter to my class!

But in reality, I just beat up a kid.  Oopsie.
(In my defense however, we go there to grapple, not hug, and I grappled him with my sanity in tact, I just took every opportunity I could to put him in a bad spot and submit him.  I unnecessarily unleashed my inner Leonidas on him.  But he went on to grapple another day unscathed.) 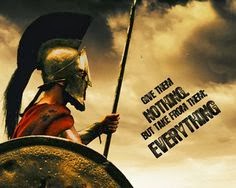 I went straight back in to, omg, can I do this mode.

Turns out, I was worried for nothing.

Every grapple that morning I was able to remain dominate and submit my partner.  Except the grapple in which I grappled a 230 pound purple belt man.  I am pretty sure that grapple looked similar to this..


My last grapple of the morning was with the man in question.  I was not expecting to grapple him.  I had been feeling pretty confident, and proud of my self for repping BJJ decently for women everywhere. (Because, clearly that was what was going on.  lol)

He was very nice and complimentary though.  He said, he had watched me grapple all morning and was impressed, and he was pretty sure I was about to beat him up.

And I went into that grapple with every intent to show him just how effective BJJ was for women.  Or at least, as as effectively as I could.  There are plenty of other women who could prove that point SOO much better than I can.

Anyway, I submitted him several times, and afterward he seemed legitimately happy.  He said he was now excited for his daughter and wife to train, and how grappling me was completely different that anyone else he had ever grappled.  He said, no matter what he did he could shake me off, or get a decent hold on me.  And that made him happier about training BJJ in general because it does in fact work.


The point of all of that, was not to talk about how I beat up boys, or pat myself on the back, but to let anyone else who might be wondering, if BJJ is effective for women, it is.

That experience made me more confident in myself, and happier about teaching BJJ to other women. I hadn't ever really grappled a man with the intent to subdue him, or at least that had never consciously been my goal.

All of that being said, I want to add that I have been training BJJ for 3.5 years, and I believe it will take a couple of years for your average woman to be able to subdue and submit your average untrained man.  But, BJJ can be live savingly effective as early as six months into training.  Escapes and defense come first in the line of skills sets you find with BJJ.  And I always, always, always tell my girls, if God forbid, they were to find themselves in a situation where they have to fight for their lives, to fight to escape, not fight to win.  Get them off of you and get away.  And BJJ can absolutely teach you how to do that.


Posted by Jiujitsunista at 1:43 PM