I competed today in the Copa America tournament here in Lakeland. 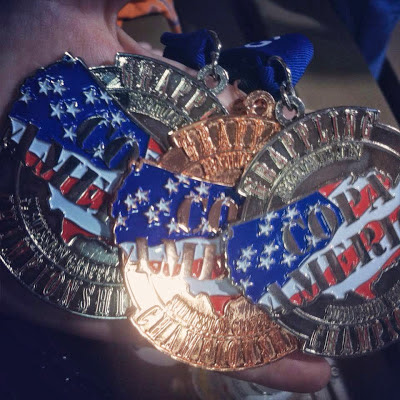 Only one other teammate of mine competed, Jimmy.  He took second in purple belt absolute, and third in both of the all belts, all weights gi and no gi division.  He did really well, especially considering he black and brown belts in both of his absolutes.

We took home six medals for Team Fabio Novaes between the two of us.  Not too bad. 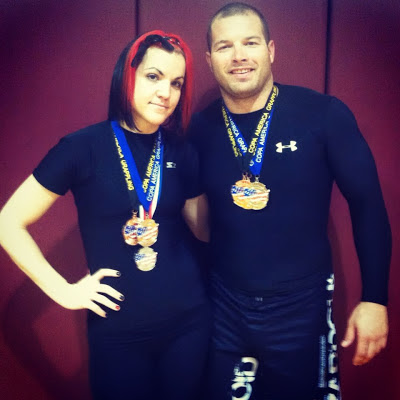 I had a lot of fun, and surprisingly had a whole new set of girls to grapple.  I have been running into the same girls over and over at these types of competitions, so it was a nice change of pace.

However, I learned a really good lesson.  Never cut weight.  Ever.

I went into my gi division feeling like crap, and not surprisingly grappled like crap.  I had tough girls in that division too, so that didn't help at all.  My second match I went to post my foot to hip out and my foot started shaking and I had zero energy, so I mentally quit. ... Until I heard Jimmy tell me I was down by five points with a minute to go, so I needed to move my ass.  Luckily I was able to return to my guard and pull off a triangle.  But I wouldn't have been in that boat in the first place if I had just fought strong six pounds ago.

By the time no gi rolled around I'd eaten and had plenty to drink so I feel like I grappled a lot better.   So, yay for that. 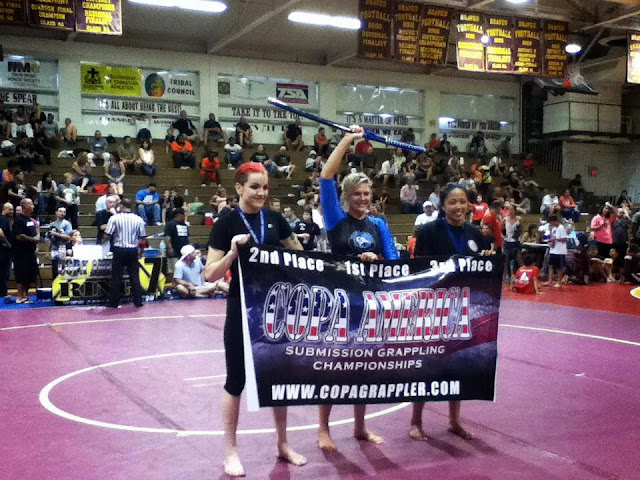 Over all it was a really fun tournament, and I am looking forward to (hopefully) The Atlanta Open, and The Miami Open.

Email ThisBlogThis!Share to TwitterShare to FacebookShare to Pinterest
Labels: competition